My story I think is one that may not be particularly dissimilar from many currently at Cambridge. I’m the first person in my family to go to university, and indeed the first [of my family] to leave my hometown of Wolverhampton for those formative four years. I was the nerdy kid at school, the only one in its history to make it to Cambridge. I spent a lot of my childhood helping my mother care for my late father, who was diagnosed with primary progressive MS.

I can still remember when I got the letter to say I’d got in. I was on the school bus going home with my younger sister after someone at my comprehensive state school asked me whether I’d heard anything about my application. I hadn’t, and I was convinced it was a bad omen. But when I got in the house, I discovered my mother had left me the acceptance letter to open myself. I knew it must be good news, because the envelope was quite full! I ran around the house screaming, while my sister rang all our family to tell them the news. After four years at Cambridge, where I received full maintenance grants, won the George Peabody Scholarship, the Shuard and Simms Prize and the Charter Scholarship, I have been able to reflect on my experience there.

Once I graduated, with Distinction, I had to move home. I was on the dole for three weeks trying to find a job, and spent the weekends emptying the penny jars in my house to take to the bank with my sister. I eventually found a job as a recruitment officer at a care company, a role I worked in for three months before being promoted to PA to the directors. During the next two years, I discovered I really enjoyed writing the company’s articles and newsletter, and remembered the work experience I did at the local paper, the Express & Star, when I was 15. After two years, I saved enough money to make the jump to London, where a lot of my Cambridge friends had immediately moved after graduating. I built up the courage to apply for a place at News Associates, Wimbledon, and managed to pass the entrance exam. After that, I secured a job as a PA in a Government body, where I worked for 15 months. My time at News Associates resulted in me being accepted on work placements at the Coventry Telegraph and the Express & Star. I wrote for Southwest Londoner, the Hillingdon and Uxbridge Times and the Ealing Times whilst working full time, before managing to get a freelance job at the London Evening Standard for a few months. Working from 4pm to 2am at the Standard, then getting up to go to my normal day job from 8am was tough, but it made me realise how important journalism was to me, and how much I really wanted to be a reporter. 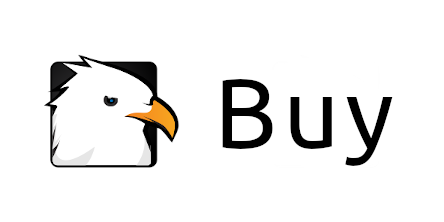